Great read Chris, interesting to see some ingenious 3D printing design.
I had the same thought about my phone mount while thinking about using one of those magnetic air vent clips, don't fancy it. I already have the top vent surround to replace where the hazard warning switch clips in, snapped top and bottom...
My phone floats around in front of the gearstick but that will change when I eventually fit the gauge panel.
Looking for an oil temp gauge if you happen to hear of one.

Its also nice to see a few interesting posts on here, far prefer the forum, takes a bit more effort to post but it certainly weeds out the FB dross

Dave, that's where my phone used to sit in the old cars, but whilst I don't use satnav often, I'll have it on for traffic on a long journey if it's bad traffic time and for the last 5 miles of somewhere I haven't been before. This is better than nothing. The phone case I have doesn't lend itself to the metal stickers they come with, so I have a piece of steel shim waiting here

3D printer, I've had access to a work one for years and have always said I wouldn't get one for home use based on the consumable cost and a few other bits. However, this one came up cheap (~£70) and uses a mechanism I've always liked, I'm a bit of a sucker for an interesting mechanism (which is also why the Cyclemaster arrived...). Since having it, it's been used for a lot of jigs and tooling as well as oddly shaped brackets. I actually would go so far as wouldn't be without a home one now, especially as the "reel of plastic" type are significantly cheaper to run (£20ish / kg plastic)

Awesome jobs on this, all these little things add up to make the car much more usable and nicer to drive.

I can't believe it was that long ago doing the window mechanisms in Southampton. Here we are 14 years later faffing around doing the same thing

Thanks Chris, yeah let me know if you happen to find or hear of a temp gauge, be nice to complete the pair.

Lots of interesting mechanisms in the old stationary engines I tinker with, particularly the hit and miss governor systems...

3D printing is something I have never really looked into but seems like there is a huge amount of possibilities and for producing things like the small brackets etc it must be invaluable. I think you could easily sell a few of the phone mounts and gauge clips to 300 folks.
Any chance of printing a copy of a Hella grille ?

I noticed a gauge panel and gear level console went on Ebay tonight for a fairly reasonable price all things considered. The panels and gauges seem to turn up fairly regularly.
Keep the updates coming !
1987 360 GLT
Top

Not much to add, but grabbed some parts from Fake recently to start sorting out the looks of the car.

Jobs on the list are sorting out a solution for broken bumper clips (bumper side, they are plastic welded onto the bumper during assembly) and a bit of paint. The colour coded on Fake has very bad lacquer peel and pre my ownership had a self tapper put through the snapped clip. 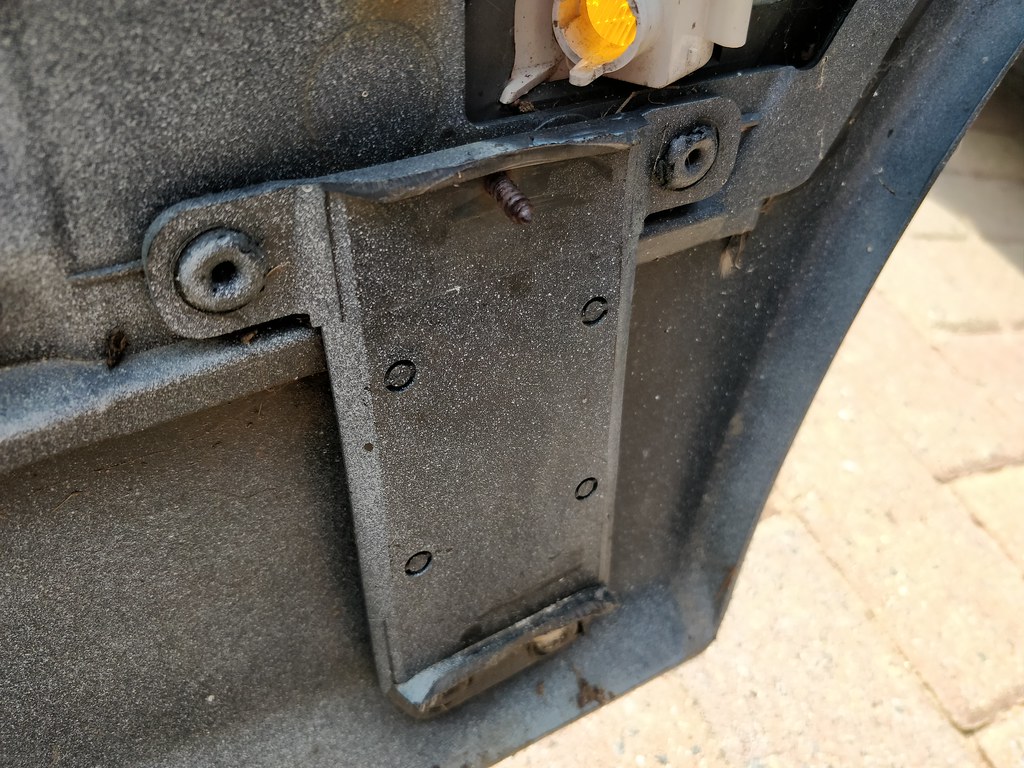 There's a few other bits to paint, so I'll try do them together.

I did rescue my R-Sport wheel, but that is also pretty rough having spent 10 years in the sunshine being ignored. I'll need to come up with a plan for that. 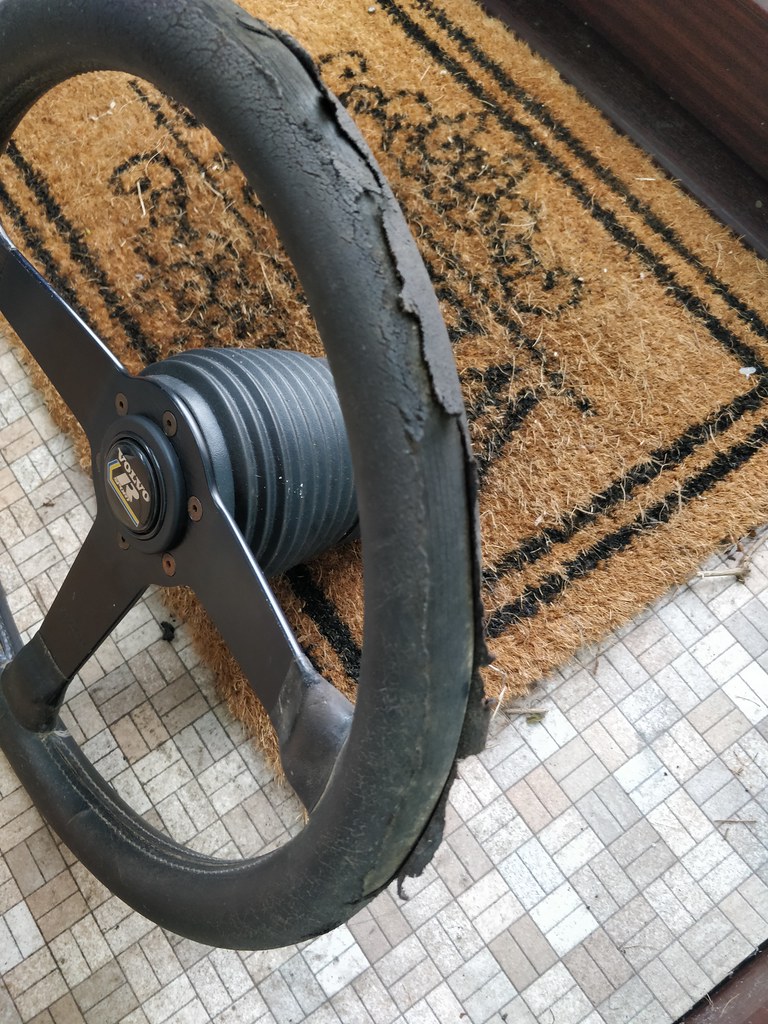 And I also found my cavity covers. I've been searching the house for these and they have finally turned up. They need a decent level of clean up and I think I'll try to come up a new hinge, I really don't like the metal clips as they tear up the plastics. 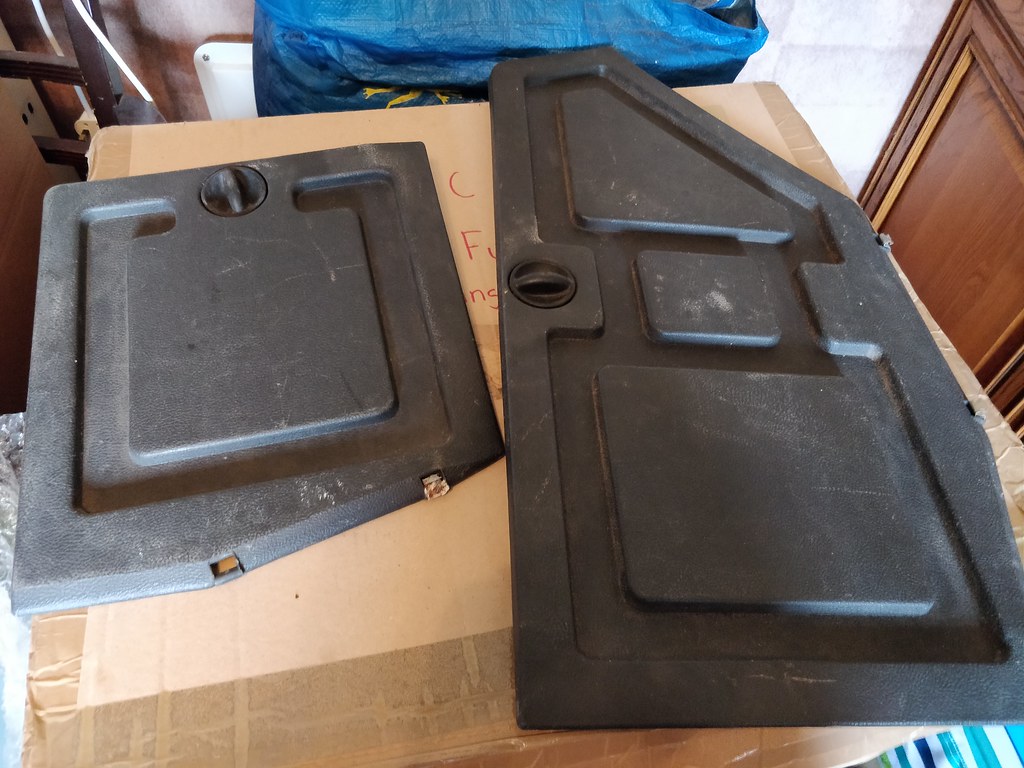 Having fitted the gauges a while ago, the oil pressure sensor I bought didn't clear the oil filter. I should have known, I've always just taken them from scrapyard 400 series cars which always have the little angle bracket. So grabbed Fakes one of those too, wired that up to the gauge panel loom yesterday. I also hadn't done the econ gauge as I was out of vacuum hose but I ordered some of that a while ago. Along with a facebook post yesterday, I had a look through the blue leaflets as I hadn't done one for 15 or so years. Blue leaflet covers B14 and B200 but not B172k explicitly, so a couple of photos. It can be worked out from the B14 pictures but I couldn't remember where the restrictor sits in the B172, which was a great excuse to have a chat with Mac.

Restrictor is in the lumpy bit in the red circle. 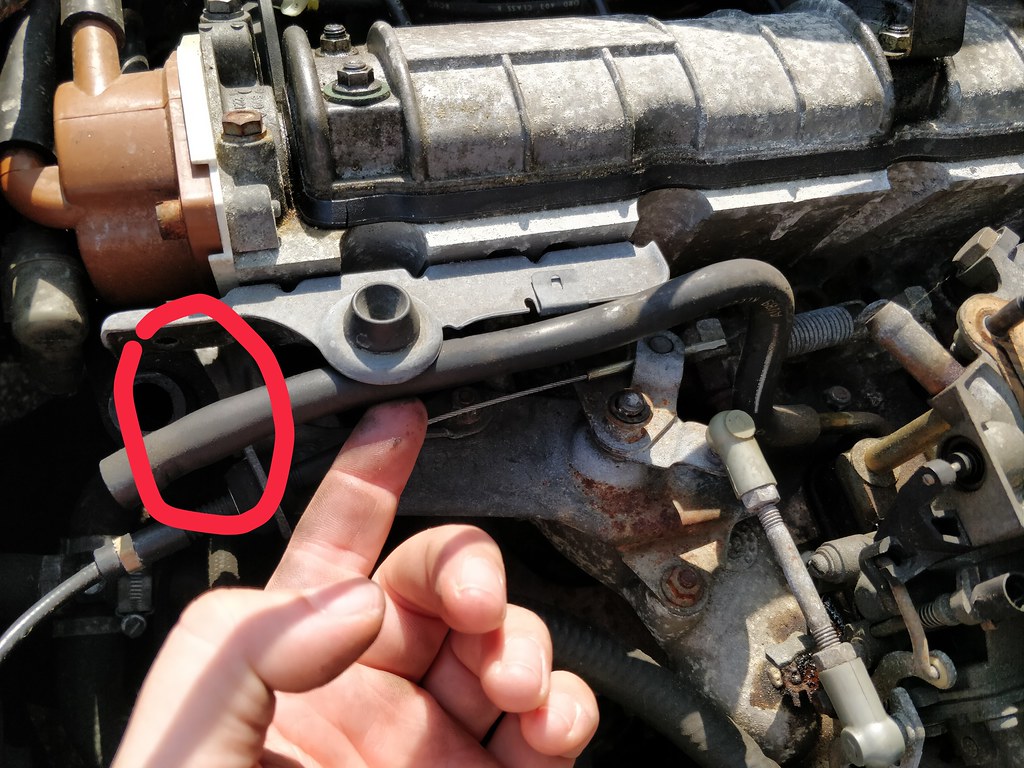 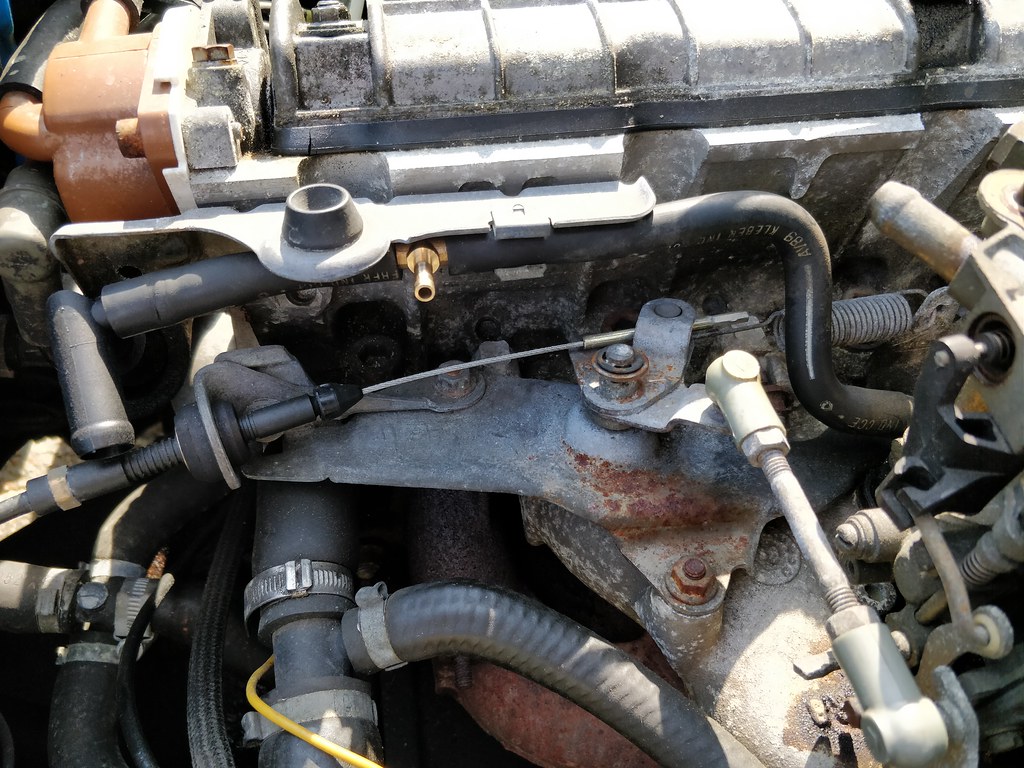 Interesting stuff Chris.
I am hoping to do my econ gauge install on the GLT over the winter along with my ambient gauge.
I should be removing the front bumper when doing the radiator and water pump as well so that is a good chance to mount the ambient sensor.
I have a set of cavity covers too, quite like them. I'm looking at making a solid boot floor as the original carpet (while still pretty clean) is all warped, maybe some thin ply cut to shape and either the old carpet laid over, or some new material will do the job.
Good idea on the clips, I had noticed that myself and thought about a smear of silicon grease to reduce the plastic from chewing up, not tried it yet though.
Cheers Dave
1987 360 GLT
Top
Post Reply
636 posts