This will be on the road very very soon

Looks like you win this race. Mine isnt even close. To make things better the motor thats half in is coming back out for a new motor.

Haha, and I thought I was slow

Wonder what we have to do about regarding the A/C as it runs on old school ozone destroying R12 I think.

Getting my NOS wing back Thursday just been painted by my mate so the car will hopefully be all back together this weekend.

Just need to service it and change the diff/gearbox oil.
Top

I thought I would update this, the car is finished apart from a bad couple of cans from Halfords who randomly cocked up the last batch of colour match I bought. So now I'm waiting for money so I can afford to pay my mate to paint the rear arches properly. Not on the road as I can't afford to run two cars so it is tucked away safely in storage.

Also need to stick the rub strip and badges on the freshly painted O/S wing and my mate will redo the pinstripes too. 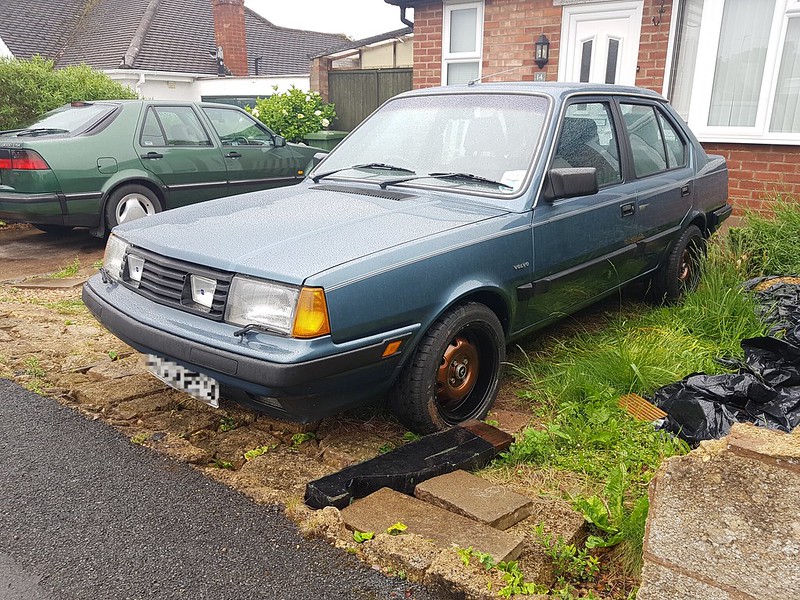 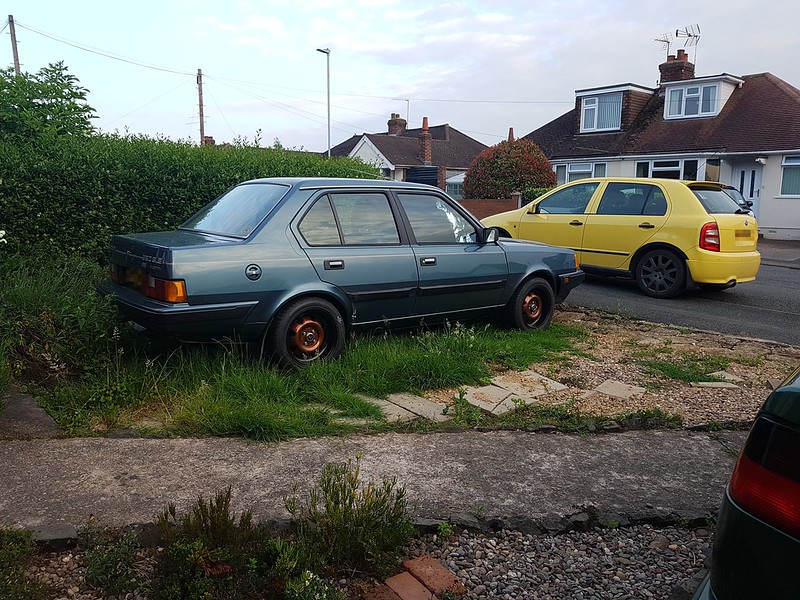 Looks like you win this race mate. Buuuttt i have a new engine to go in, bigger, better, stronger. So i'm not even close, as its still in the 760.

Well I have finished the rebuild race, I have got to take it apart again to fit my B230ET eventually, only been sat in the garage for 4 years!

As for the grille... keep dreaming

Looking excellent!! You've beaten me too as my GLS still isn't on the road

Thanks Steve, although your GLS paint is immaculate compared to mine but then I have built the car to be used so I'm not too bothered about it.
Top

Now it is off the road again as the fuel pump has died. I was incredibly lucky that it started to cut in and out as I was on my way home and about three streets from home so I managed to limp home where it died just as I got on the driveway! How is that for a stroke of luck?

I bought a replacement Bosch one 0 580 464 069 and went to fit it on Sunday morning and discovered that the fuel filter was clogged with rust and sediment! So much that it had got through to the pump and clogged the pump too!

The small plastic inline filter appears to be unavailable anywhere so I have ordered a Baldwin BF7693 and a metre of 12mm internal diameter fuel line. I will run it for a couple of months and then change the engine bay filter and the Baldwin filter again to make sure no more rust is in the system. That's what happens when you leave a tank empty for 9 years!

Unfortunately due to this the fuel gauge isn't working either so I assume the contacts on the sender unit in the tank have gone rusty, hopefully just a clean up is needed otherwise the 360 GL I'm trying to sell may end up as a parts car!

In the week I actually got to drive it I absolutely loved it, been about 5 years since I drove a 360 and it was nothing compared to this one. Happily revs to 6500rpm and with the wider wheels and tyres (Performance Bridgestone) the handling and the grip is unreal, especially compared to my 940 which has knackered dampers and springs.

I was also going through the paperwork that is with it and found that the mileage (currently 22k) which I believed to be about 70k miles shows that it had a service at circa 36k miles, a couple of years later there is a receipt for a NOS tachometer so the mileage went back to 0, so it is actually about 60k miles it has done.

Lastly a photo of it as a reward for all of those that read all that waffle. 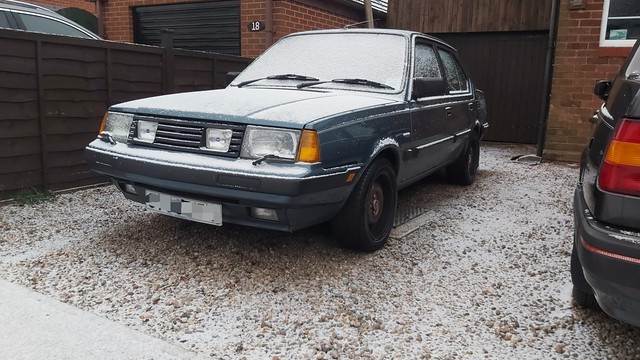 Great that it's back on the road... sort of!

The sender in my GLS tank was rusty and stopped the gauge working too, the GLT one I believe is different so don't butcher the nice GL for it

I've now got to have a go at rodding the fuel tank outlet pipe. I've changed both fuel filters and the fuel pump and still getting fuel starvation symptoms, worst case I may have to drop the fuel tank. The amount of rust in the filters and pump was ridiculous!
Top