Well I swapped the 360's around and brought the GLS outside to test a couple of things but it's not looking good with the carb, there are various issues

- Stumbles on part and heavy throttle applications and this is with barely any load
- Runs on slighly
- Idle is slightly high
- Needle jet keeps sticking
- Seems worse when on an incline!? May just be a coincidence...!
- Seems to run better with choke applied from cold start than when its warming up

Does anyone know the best place for a rebuild kit? There seems to be conflicting views on which version to get for the Z11 carb and there are even some suspicions that Volvo named the carb wrong?! Who knows...!

Suspect a couple of things.... clogged jets, perhaps the sticky needle valve is allowing too much fuel into the float chamber, reckon I'll have to take it apart properly and this time remove the jets for cleaning. Anyone have any techniques/tips? Compressed air and carb cleaner? Seems prudent to replace any parts with a rebuilt kit if they're around still.

Looks pretty, less so on the running... 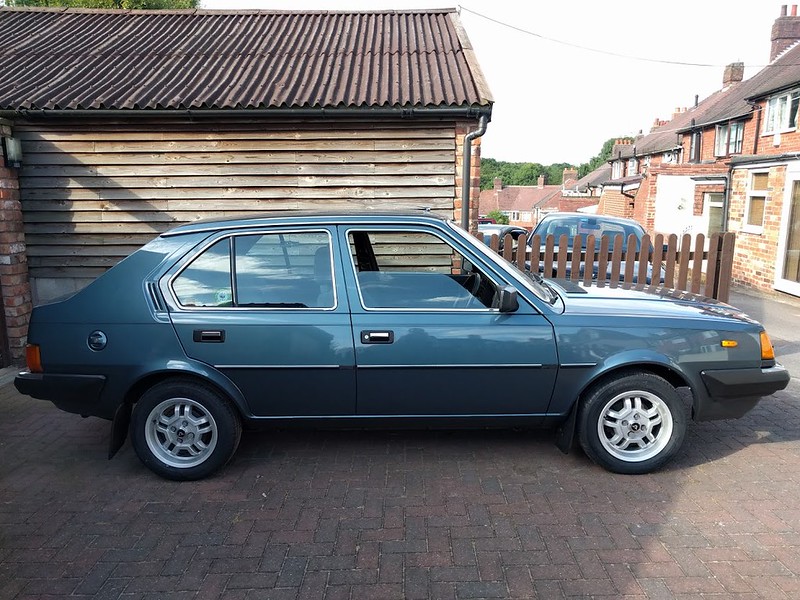 It was good to meet you this afternoon Steve, the GLS is absolutely gorgeous! The body is amazing, I couldn't see any rust on it and the engine bay was so tidy.

The GLT was also in amazing condition, the wheels suit it really well (400 series?) and again a very tidy engine bay, I wish mine was that clean.

Thanks for the wheels, I really do need to try and get rid of my steels and my set of 13's now as 24 wheels is a bit excessive

Cheers Luke - good to meet you and your Dad... looking forward to seeing how you get on with the saloon

I'm not sure what the wheels on the GLT are from originally, they're 15"x 6.5 but they are pretty period. Thanks for helping me make some space

Just a quick question for those in the know of the B200K setup. I had a look at the car yesterday and noticed the vacuum hose to the renix wasn't connected anywhere. Does anyone know where this is supposed to go? I can't remember disconnecting it from anything myself and can't see where it's supposed to go!
1989 - Volvo 360 GLT
1985 - Volvo 360 GLS
2008 - Volvo S60 SE Lux
Top

Terms and conditions apply. This post may go down as well as up. Regulated by the Financial Services Authority. Hard hats to be worn. No reversing without a banksman. No admittance to unauthorized persons. Stop that. Put that down. Leave that alone.
Top

Now that I've pulled the carb off again I found the vacuum connection is near the idle solenoid on the carb, thanks to bogbasic for pointing it out. I don't think it was connected when I bought it, or I simply forgot

As for the running issues, I've had the carb apart and discovered a couple of issues. One problem I was seeing was no jet of fuel when applying throttle suggesting the accelerator pump jet was not working (it would stumble because of this as it'd create a lean condition). I initially thought some dirt might be blocking the nozzle but it's actually the pump membrane that has dried out and gone brittle (the triangular shaped one with a ball valve - not sure the specific names!?), it doesn't flex against the spring so can't 'pump'. Additionally one of the main jets beneath the emulsion tubes was blocked with dirt so I've blown this out too.

Injection is the way forward, but having never played around with carbs before it's quite interesting. If I was using it to get to work however, it'd be a different story

Slower progress than I'd like but life gets in the way, have done a couple of jobs on the GLT that have held me up - inc cambelt and service, and had a middle/rear stainless exhaust fitted as I was fed up of the ill fidding middle box. Looking forward to feeling how the high comp engine compares to my later GLT, even the previous owner remarked that it always went better than his '88 GLT.
1989 - Volvo 360 GLT
1985 - Volvo 360 GLS
2008 - Volvo S60 SE Lux
Top

Well it is now running better and the accelerator pump is definitely now working with the new diaphragms but still having a couple of issues which I think may well be related to fuel quality... despite draining the tank there still seems to be some old fuel left judging by the colour of it. I did top it up with fresh but I think it may need more.

It seems to run better now when hot but I've discovered the radiator top hose has a leak, despite new hoses and hose clamps. This is the second time I've re-adjusted it and it still bloody leaks. I believe Sion used a different variation of hose clamp on his '77 343 top hose so I think I'll do similar here as there's nothing obviously wrong with the radiator flange.