I hope you're all fine! As I have explained to some of you, the arrival of a little baby changed a lot of things in my life, and unfortunately time left for the Volvo 300 Madness shrank even more... But I do NOT forget you and V3M, I'm just spending more time behind the scene. I'm pretty sure you're still having fun here!

Now having said that, I'm still deeeeply attracted by 300 series and I just can't resist when a nice one is for sale. I just bought a strange one, a very strange one because it's the first time I'm not able to identify properly the car, despite my good knowledge of these cars since years...

The facts: it's a beige 5 doors 300 with a B19A engine and 5 speeds gearbox. The VIN number XLB345213DC****** confirms this, and "DC" tell us it's a '83 model year. The dashboard is the "new" style one, door cards too. Don't look at the tailgate, it has been replaced in the past, badges aren't matching anymore. The body is right (spare wheel at the back, battery space, etc...), it's definitely not a converted B14. There are no tinted Windows and no rev counter!

Any idea? The color is also quite "basic" for the B19 on the belgian market, but it was quite common to see that kind of combination (non metallic paint + B19/B200) in Scandinavia, another strange point...

Has the tailgate just got "360" on it? I guess that it's a poverty-spec, tax-buster, hush hush, we-don't-advertise-them-but-they-are-available-if-you-ask-discreetly special.

Wow now that's a symphony of brown, no wonder the 300 series had an O.A.P image

Good to see you back Aymat!

I wouldn't be suprised the car is from Finland (or Sweden?), there is a similar case in Finland if the description is right. Shame we don't see the interior and tailgate. http://www.nettiauto.com/volvo/340/7315656

I've maybe the best 340 sleeper ever for a R-sport kit upgrade! lol

It does sound like a Swedish market 340DL with 2ltr engine. I was talking to a customer in Sweden a few weeks ago and he has one of these 340's but a little later iirc.
Dai

Yes, I think the Swedish or Finnish market is the explanation, but it's still a weird combination of specs and badging... Why did they do that? And how long? I'm now searching for more examples.

There is another one in Finland, assuming that there was no badge change and engine swap

Duvel78 wrote:Yes, I think the Swedish or Finnish market is the explanation

macplaxton wrote:But if the VIN plate correct, it shows market code "20" for Belgium

+1! I forgot that market code. I'm confused again, a belgian car with some scandinavian specs & badging?

Yep they do exist.
I just didn't know that they have also been sold in Belgium.
I know of Dutch (MC21) cars that were sold in 1982 (no MY known) amongst others to the police that were badged as a 340DL but were in reality a DLS. Ussually used over there as a plain clothes car.
Looking at the VIN plate it is indeed a MY83.

I saw the ad in Belgium as well but thought the opposite; that it was a 1.4 and that the owner had advertised it as a 2.0 out of ignorance or in the hope of getting a faster sale.
Fast it was for sure as you got it.....

I think that the tailgate is the original one, looking at the paint, and that is a "Wolf in sheeps clothes" intentionally.
To be 200% sure you will have to have a look at the tailgate bolts "inside" the ceiling.

Born Built Beauties: Parts keeping our cars on the road!

volvomania wrote:I just didn't know that they have also been sold in Belgium.
I know of Dutch (MC21) cars that were sold in 1982 (no MY known) amongst others to the police that were badged as a 340DL but were in reality a DLS.


volvomania wrote:I saw the ad in Belgium as well but thought the opposite; that it was a 1.4 and that the owner had advertised it as a 2.0 out of ignorance or in the hope of getting a faster sale.

To be honnest, I thought the guy simply mixed by ignorance registration year and cylinder capacity...

But there was still a doubt because I couldn't see the prominent B14 fuel tank on the pictures (I know, a real Sherlock Holmes investigation with sophisticated brightness and luminosity analysis of the existing pictures... I'm not normal haha

) Because of this only remaining doubt, I decided to go there in the evening with a flashlight, I was pretty sure to find a B14 and to leave the place immediately. First check: oh oh, no B14 fuel tank at the rear! Second check: oh oh, the bottom of a B19 engine! Very exciting moment, it wasn't a quick stop anymore

volvomania wrote:I think that the tailgate is the original one, looking at the paint, and that is a "Wolf in sheepd clothes" intentionally. To be 200% sure you will have to have a look at the tailgate bolts "inside" the ceiling.

I'm pretty sure something happened with the tailgate; it's not closing nicely when it falls down, there is definitely a small color difference with the rest of the car, the Volvo badge is too much to the right, and there are small ceiling damages where the tailagte bolts are located... A closer and deeper investigation is needed!

Excellent, a non-standard 300 series, I love the idea

volvomania wrote:For some markets a sticker was stuck at the back to market it as a 340 2.0l
I will have to have a dig in my folders.....

I suppose the same as the red Finnish 340 in my previous post?

PM sent for the full VIN!

Chris_C wrote:Or was it supposed to be that low at that time?

Supposed to be that low, I think the question was how far in from the left it was. 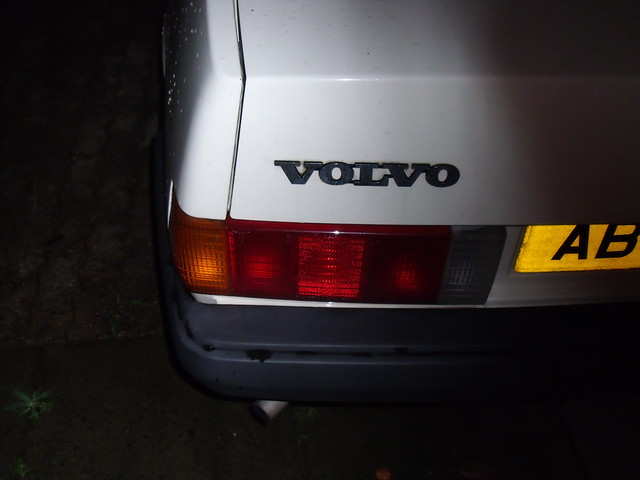 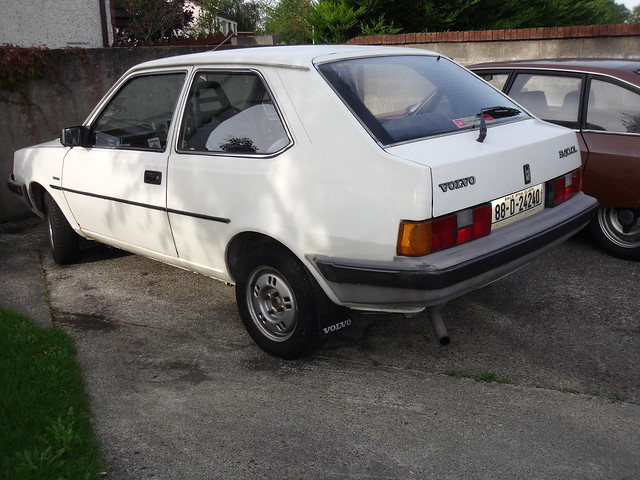 That is a strange combination! The boot badges are supposed to be that low - but strangely on Aymat's beige car it looks as though the 'Volvo' badge on the bootlid is too close to the centre and it's also silver, I'd expect a car of this age and being a DL to have black badging - this seemed to coincide with the all black bumpers and black grilles on earlier DL's. EDIT: Should've read your post in more detail, you know this

What's the paint match like on the front valance? Could it perhaps have been in a front/rear bump - with the valance skin being replaced with a 340 one? Sounds like a long shot....! Do you have some form of logbook with it to see what it was originally registered as? Regardless, it's a strange colour for a B19 car!